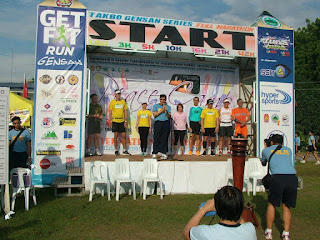 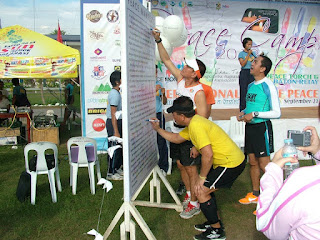 International or World Peace is celebrated once again on September 21 and since I started running in 2008, I had been supporting various advocacy to include peace.

World Peace is  dedicated to peace, and specifically the absence of war and violence, such as might be occasioned by a temporary ceasefire in a combat zone for humanitarian aid access. The day was first celebrated in 1982, and is kept by many nations, political groups, military groups, and peoples.

So, the General Santos City Police Office had  once again convened the civilian community and the government offices including the Armed Forces of the Philippines in a Peace Torch and Baton Relay.

May we all internalize peace and that we can sustain it for everyone else.
Posted by Rosilie at 5:30 AM